The novel "Semblance of Absence"

The novel, "Semblance of Absence," concentrates on an un-spoken event that occurred during the October War (the Yom Kippur War) of 1973.

The novel is based on a true story and includes sections from field notes written by the author while pursuing her first research (M.A. thesis) in Anthropology.

Meira Weiss presents the reader with the loss and pain of Yetti and Carol Berkowitz, who lost their son, Yoji, at the end of the October War. While investigating the circumstances of his son's death, Carol, the novel’s hero, discovers a secret, relating to the management of the war and his son’s death.

This discovery leads to destructive revelations regarding the characters involved in Yoji’s death. The voice of Carol, the protagonist, is joined by many others, including soldiers who were abandoned in the desert, members of the "defense forces," as well as the author's voice.

The novel poses human and ethical dilemmas and keeps the reader flipping through the pages with bated breath. October 2013 marked 40 years since that terrible war. The timing of the novel’s release, so close to the 40th anniversary, reflects the author’s belief that the October War of 1973 is not over. It seeps deep into our pores and emerges from within in our day-to-day lives…

The book was widely praised over all media channels– TV, radio, newspapers, the internet.

Meira Weiss is a Professor Emeritus specializing in Anthropology of Medicine, Science and the Body. She has published many books and articles, among them "Conditional Love" (Bergin @Garvey) and “The Chosen Body: The Politics of the Body in Israeli Society” (Stanford University Press). Her book on the Israeli Institute of Forensic Medicine and the polio outbreak of the 1950s is currently awaiting publication.
Posted by פרופסור מאירה וייס at 6:44 AM

Over Their Dead Bodies 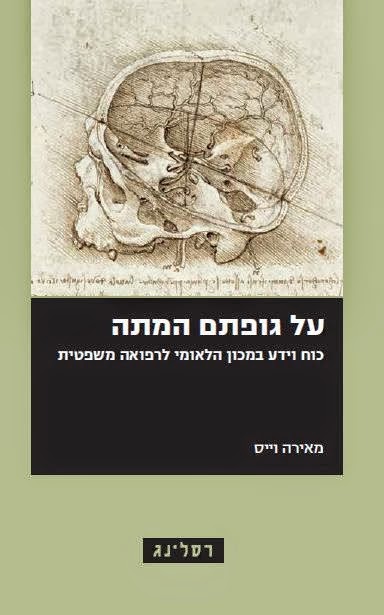 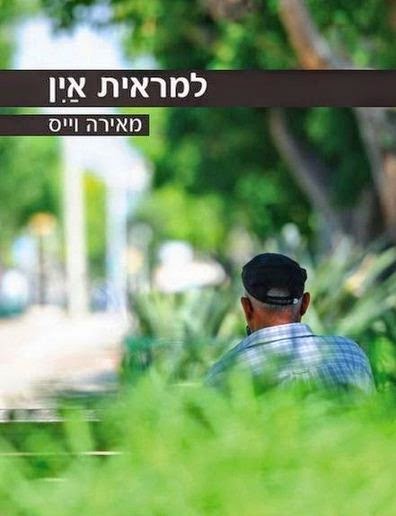